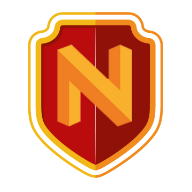 Looking for a perfect Uber Clone Script ? Well, with the technological boom at its peak and the digital world growing at an incredible pace is the software that you are looking for is future ready?

It is not late when autonomous self-driven cars will no more be merely a word found in sci-fi novels and would become a reality.

Big corporations like Apple, GM, Google, Tesla, Uber have already started investing billions of dollars in research and development to bring their latest models of driverless vehicles into the market.

The history of driverless cars goes back much further than most people realize, Leonardo da Vinci designed the first prototype around 1478. Leonardo designed his car as a self-propelled robot powered by springs with programmable steering and the ability to run pre-set courses.

Let’s try to understand first what is a fully autonomous vehicle. To qualify as fully autonomous, a vehicle must be able to navigate without human intervention to a predetermined destination over roads that have not been adapted for its use.

They are also been referred as self-driving cars or unmanned ground vehicles that is capable of sensing its environment and navigating without human input.

Now, let’s talk about how these unmanned autonomous vehicles operate. They use a variety of techniques to detect their surroundings like radar, laser beams, GPS, odometry and computer vision. Advanced control systems interpret sensory information to identify appropriate navigation paths, as well as obstacles and relevant signage.

These cars are loaded with control systems that are capable of analyzing sensory data to distinguish between different cars on the road.

Next, it is significant enough to know what are the potential advantages of self-driving cars.

Safety : Traffic collisions resulting in deaths and injuries caused by human errors such as delayed reaction time, tailgating, rubbernecking and other forms of distracted and aggressive driving have substantially reduced. According to a research done by McKinsey & Co autonomous vehicles could eliminate 90% of all car accidents in the US preventing up to $90 billion dollars in damage and health costs annually.

Welfare : Autonomous cars would lift constraints on occupant’s ability to drive, distracted and texting while driving, intoxicated, prone to seizures and elderly people with disabilities. As a result of which the cost of labor would reduce significantly.

Traffic : With the introduction of more and more autonomous cars there would be an increase in higher speed limits, smoother rides, roadway capacity and a significant decrease in congestion.

Costs : There would be a reduction in costs of vehicle maintenance as safer rides would be normally expected. Reduced traffic congestion and the improvements in traffic flow due to a widespread use of autonomous vehicles will translate into better fuel efficiency.

Related Effects : By reducing the cost of mobility as a service, autonomous cars could reduce the number of individually owned cars and make taxi/pooling and other car sharing services more popular. As a result of which the need for parking space would dramatically reduce.

In 2017 Baidu, a chinese internet services company started an ambitious project called Apollo as an initiative to power unmanned vehicles. Apollo which is now released in its version 2.0 is an autonomous driving platform and better known as Android for self-driving vehicles.

Some groundbreaking features of Apollo are obstacle perception, planning, cloud simulation, high definition maps and end to end deep learning. Apart from all these features, Apollo is completely opensource. Any company planning to start a driverless taxi/cab business will find Apollo indispensable.

Most of the uber clone scripts available in the market are incapable of being future ready. The companies that have been around a long time developing taxi booking software have taken no initiative in investing in research and development to bring this feature into a reality.

Nikola from Smart-Car Tech is a future-ready software. The designers have taken all the effort to make it a state of the art uber clone script.

The developers from Smart-Car Tech have claimed that with the use of Apollo, Nikola can be completely customized to an autonomous cab booking app. For potential business owners planning to enter into self-driving car market, Nikola would be a smart choice.

In this highly competitive world, the company that would enter into this unexplored market of self-driving cars first will be way ahead of its peers.

0 out of 1 found this helpful